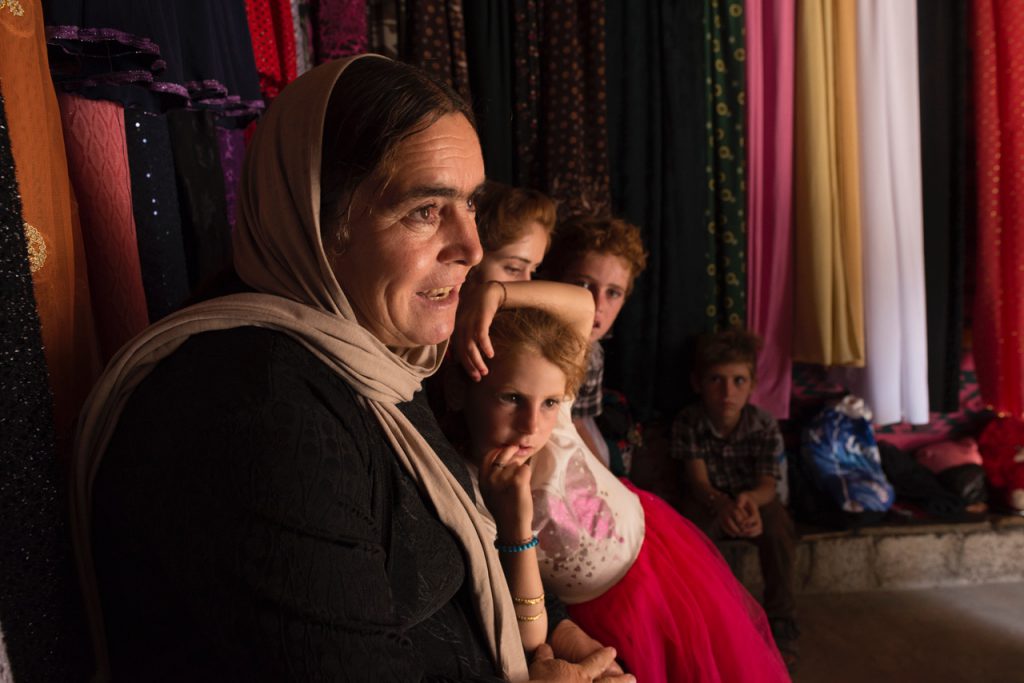 “Children are like white sheets of paper,” said Hajar. “It is our job, as their parents, to help write the right things on these sheets.”

I was sitting with her and five of her seven children in a tent in Northern Iraq. I had only known this woman for less than an hour, but already I felt like I loved her. Watching her children, all sitting close to her, there was no doubt: They loved their mother too.

I had noticed Hinda and her big brother Kayro first. I noticed them because they came to the center where we were doing the child trauma class holding hands. They were five and seven and stood out in the crowd of 50 kids who also had come to the class. Perhaps I noticed them because they cared so much about each other, or it could have been that they were dressed so nicely. Perhaps it was that they had blond hair and freckles, in a country of dark hair, or it could have been that they were so serious. I could not take my eyes off them for five days. Whatever activity we were doing, I always kept an eye on these two and their siblings. I soon found out that there was one more brother, Dilgash, who was 11, and a sister, Khawla, who was 13. Those four did every activity with more sincerity and determination than all the other kids. If one of them struggled, the others helped. I seldom saw them smile. 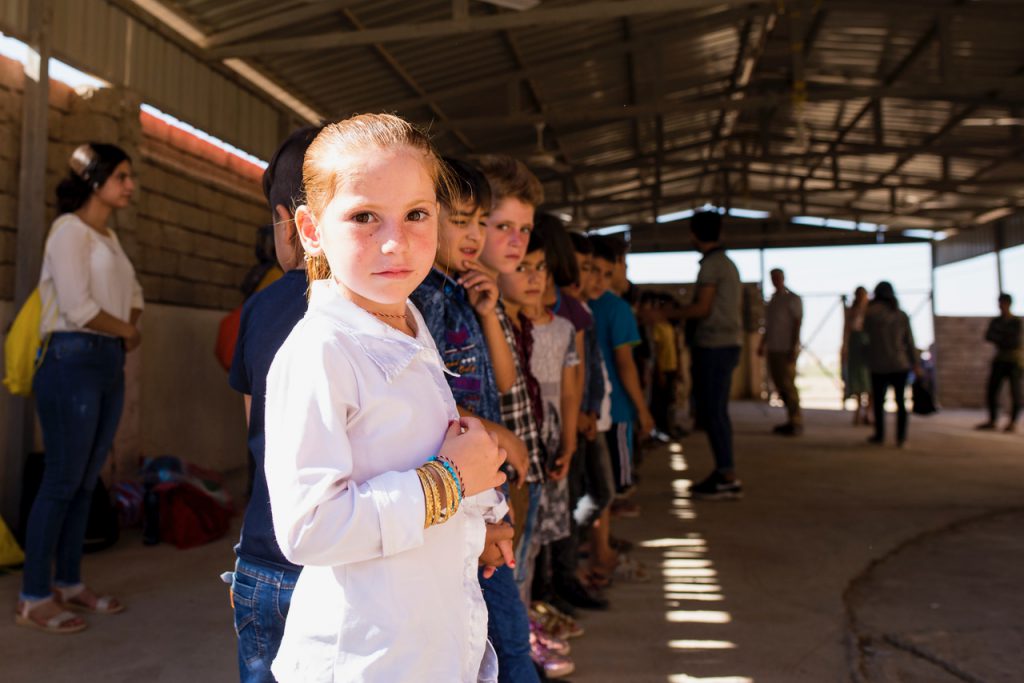 I got kind of obsessed with these four kids. Who were they? What was their story? Why were they dressed so nicely? Why were they so smart? Who had raised such kids? I begged my friend, and the leader of the center, Zirak, to find the parents and ask if I could meet them. This is why I was in the tent with Hajar now.

Their home was nothing like I had expected. Although I was in an area were almost everybody was an ISIS survivor, and almost everybody a refugee, I had imagined these four kids living in a nice house. They looked too normal, too clean, too well dressed to be victims of war. But they were. “Already back in 2007, we were the victims of a terrorist attack in our village,” Hajar told me. “It was the biggest terrorist attack in Sinjar mountain and 400 people were killed, right there, in front of us.” Her husband was badly injured in the attack and could not work anymore because of the injuries he got. “The children and I had to go out daily and work on the fields of farmers. We rented some land and we grew tomatoes. It was hard, but we could make it. The real tragedy for us and our people started in August 2014 when ISIS came and took our villages. They killed, tortured and kidnapped so many. My husband and I put all our children in our car and escaped our village. We had no time to bring any of our belongings. Just ourselves. It didn’t take long to realize we could not drive. The roads were too dangerous. So we parked the car and started walking up the mountain. For seven days we walked. The children struggled so much and they got sick. My son still has a scar on his neck from carrying a water bottle for all those days. We didn’t have enough water to drink. When we finally made it to Galbaan village, we could only stay there for some days. It wasn’t safe to be there. So we had to keep walking. We walked for seven more days and made it all the way to a refugee camp in Syria. Here we could stay for a while, but it wasn’t safe. Bad men infiltrated the camps, and there was a lot of recruitment going on. We had to get away. Again we were walking. When we finally arrived here, in this camp, we had been fleeing for one whole year.” 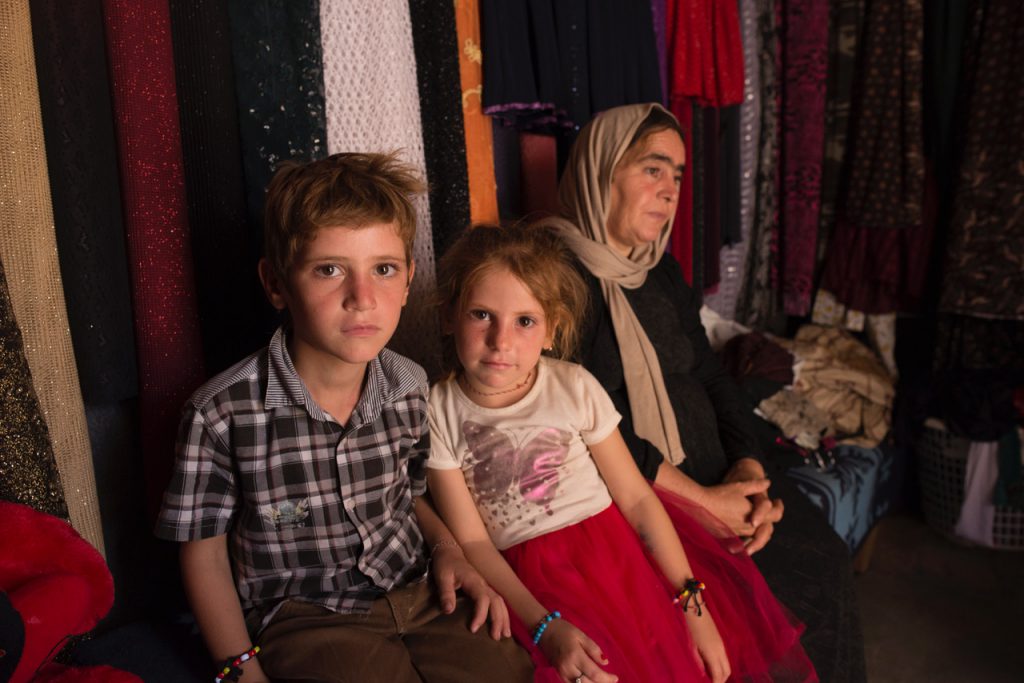 They set up a tent in Duhok. They had nothing left except each other. Dad was not well, but he was determined to find a way to provide for his family and to give his kids a decent future. It was then that he started feeling unwell. His health deteriorated quickly. At the hospital in town they were told that dad had cancer. The only way for him to survive was to have surgery. The surgery would cost many thousand dollars, and they had nothing. But they had to try to save dad, so all the seven children went out looking for work. They sold flowers on the street, they did any small task that would provide a small income. But finding jobs that paid well was nearly impossible. All the money they were able to save was not enough. A kind doctor saw their desperation and decided to operate dad for free. But it was too late. He died during the surgery.

So, here she was. Hajar. She was not yet 40. She had seven children who needed her. She lived in a tent in a town she barely knew. She had witnessed the most gruesome deeds done to her own people. She had lost her home, all her belongings, and, now, her husband.

“We are poor,” she said, matter-of-factly, “but we can make it.” It seemed that had been her mantra for some years. She was a woman who was not going to give up on life, on her values, and on her dreams for her children. With what little money she had, she bought some fabric. With the fabric she started sewing dresses by hand. She taught her oldest daughter, Hadiya, to sew too, and the two of them sat on the floor and stitched. When a dress was done, the others went outside and found somebody to buy it. After a while they had saved enough money to buy a sewing machine. Things got easier then. They could sew faster, and with more complicated patterns. They could buy more fabric and put up a second tent. This would be the workshop. 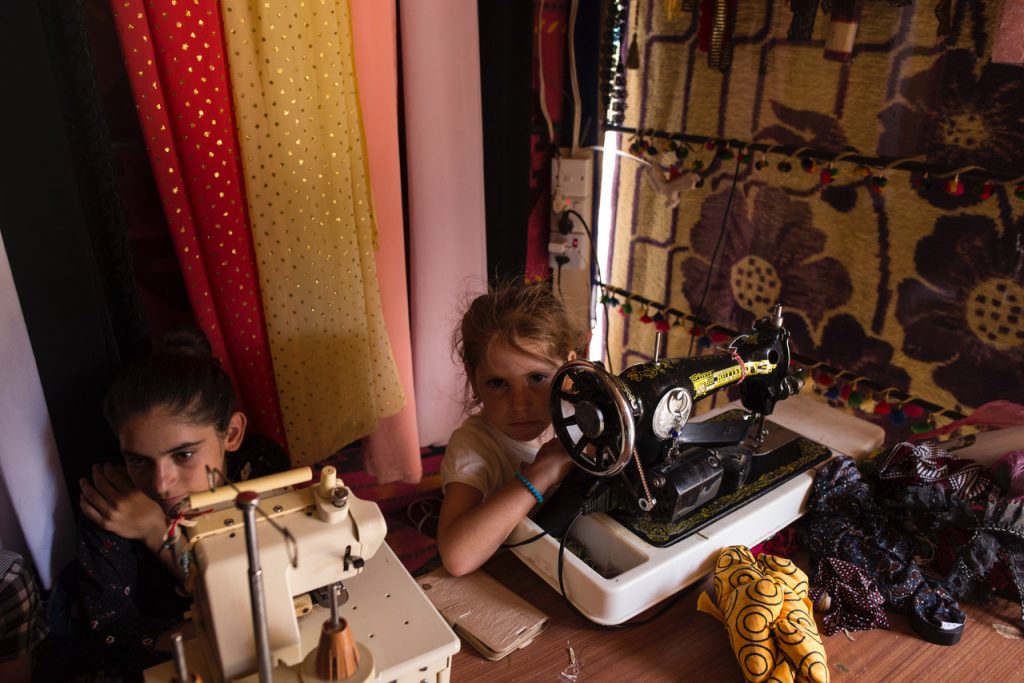 When I visited them, we got to sit in the workshop. Colorful fabrics draped the walls and made the light soft. The children sat with us and listened to the mother telling their story. Once in a while they would add a comment, or a fact. “Even though we are poor, we have dignity,” Hajar continued. “This is why I make sure my children look good every day. We don’t have much, but we take care of what we have. When they come home from school, I take their clothes and wash them so they can look good the next day.” It may be a small deed, but it matters. I had noticed these kids because they looked more dignified. They didn’t look poor. They didn’t look like victims. They looked like kids who had something to offer. And they did.

“Our mom is the smartest person,” the children told us. “She has not gone to school for many years, but we dare you to find any question she cannot answer. She knows so much. She sits with us every day and helps us with our homework.” I found out that the boys were at the top of their class in math, and that all of them did exceptionally well at school. 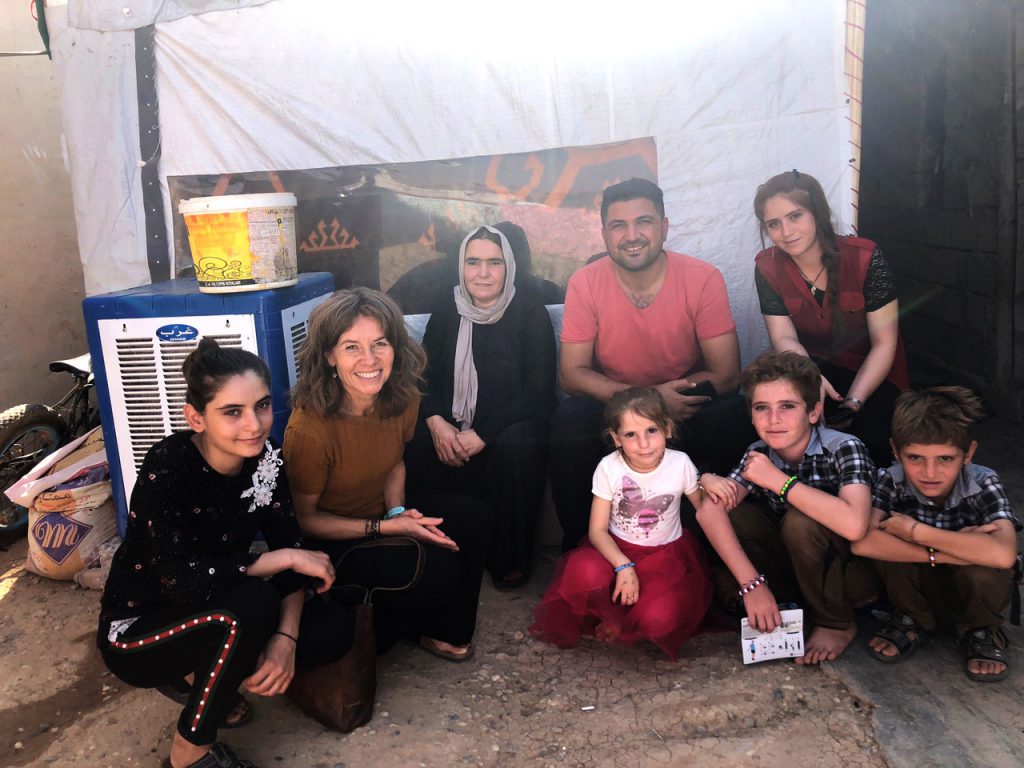 Before we walked outside I bought four children’s dresses and held Hajar’s hand. I looked at her and saw a woman whose courage and inner strength far outweighs my own. She became my new hero. I knew she would make it, and that her children would too. I felt privileged who had met her. 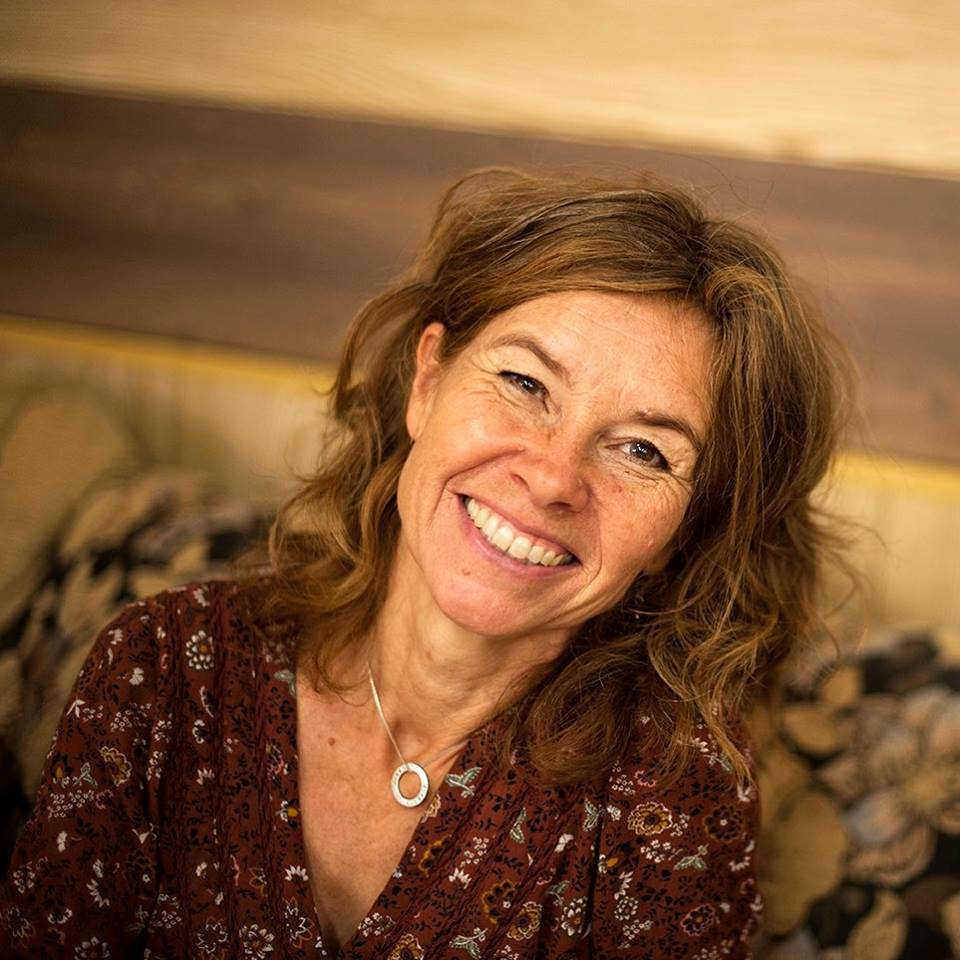 She is the Founder, Marketing Director and Public Speaker at Partners Relief & Development

She visited Panaga  with a team from Partners, She and Zirak the founder of Panage visited Hajar’s family to follow up their story.